The MyFigueroa project area is between 7th St and Martin Luther King Blvd, from Downtown to Expo Park and will bring improved transit and pedestrian access, protected bike lanes, a more organized and efficient Figueroa St, and most importantly a safer Figueroa for all users.

We will accomplish this through improvements in three major areas:

What is a complete street?

A movement around redesigning streets for people has been gaining momentum around the world. In American cities like Long Beach, New York, San Francisco, Minneapolis, Miami, Pittsburgh, Chicago, Portland, Austin and Memphis, similar "complete streets" projects have been implemented to better balance the needs of pedestrians, cyclists, transit riders and drivers. These projects show increased safety for all users and have proven to create a more vibrant, healthy community. 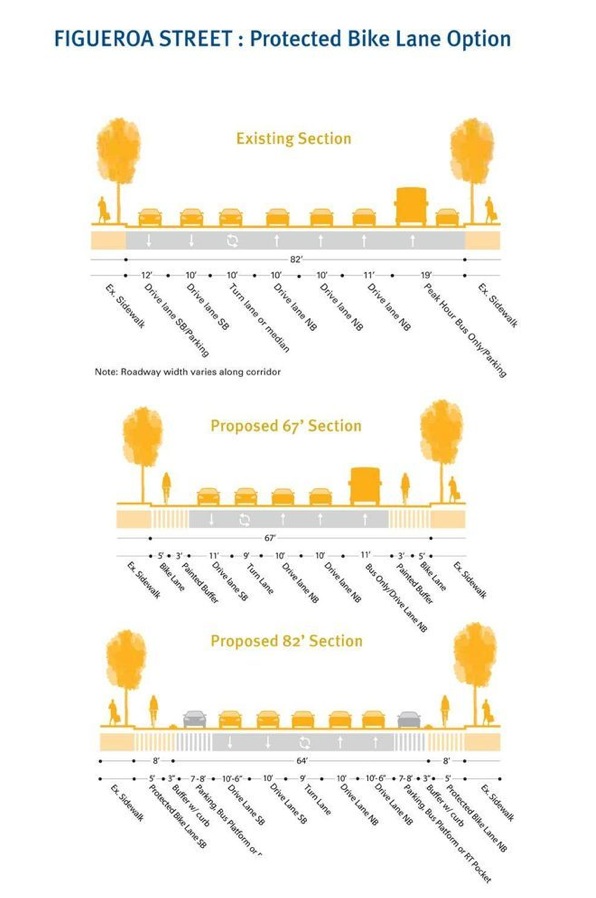 
Who is paying for it?

The $20 million Figueroa Corridor Streetscape project is funded by a Proposition 1C grant. Proposition 1C funding improves infrastructure for new development in urban areas, with the goal of making streets, sidewalks and transit more accessible for residents of affordable housing.

In other cities (like Long Beach, New York, San Francisco, Minneapolis, Miami, Pittsburgh, Chicago, Portland, Austin and Memphis) similar projects have been implemented which have proven to better balance the needs of pedestrians, cyclists, transit riders and motorists; these projects show increased safety for all users and create a more vibrant, healthy community. This project has the potential to dramatically transform the Figueroa Corridor from a regional freeway alternative into a more “complete" street that still maintains vehicular access, but also provides a safer, more comfortable local environment for pedestrians, cyclists, and transit riders.

The Corridor is home to some of LA's most notable landmarks and destinations, as well as a series of vibrant and diverse neighborhoods. It includes entertainment, corporate and commercial centers of Downtown's Financial District and LA Live/Staples Center/LA Convention Center; the higher education institutions of USC, Mount Saint Mary's and Los Angeles Trade Tech College; and the cultural landmarks in Exposition Park including the California Science Center, the Coliseum, the California African American Museum and the Natural History Museum. The enhanced Figueroa Corridor will create a unifying streetscape that links these destinations together.

From Exposition Boulevard to 21st Street, the project will feature Downtown LA.'s first fully protected bicycle lane: bicycle lanes separated from roadway traffic by a combination of physical barriers, parking lanes and bus platforms. Protected bicycle lanes are proven to dramatically enhance safety for all users of the street and increase bicycle ridership by providing a comfortable facility for a wide range of cycling abilities. In addition to the proposed streetscape improvements on Figueroa, streetscape enhancements on Martin Luther King Jr. Boulevard will enhance the pedestrian experience along the southern edge of Exposition Park, and 11th Street will be transformed with wide sidewalks and new landscaping.

What are the improvements? 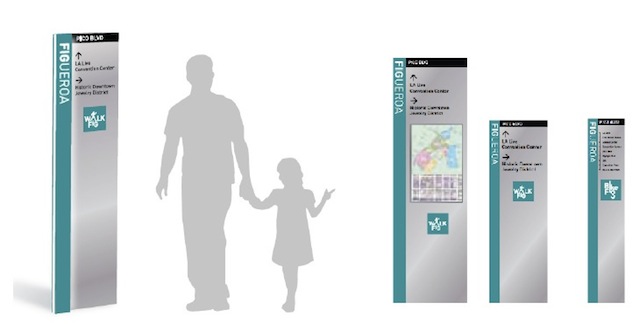 Along 11th Street from Figueroa to Broadway

MyFigueroa was funded in 2010 by a $20 million Proposition 1C grant under the custodianship of the Community Redevelopment Agency of Los Angeles (CRA/LA). Proposition 1C funding improves infrastructure for new development in urban areas, with the goal of making streets, sidewalks and transit more accessible for residents of affordable housing. With the dissolution of the CRA/LA in 2011, the project was transitioned over to LADOT. The project is expected to be completed in 2018. 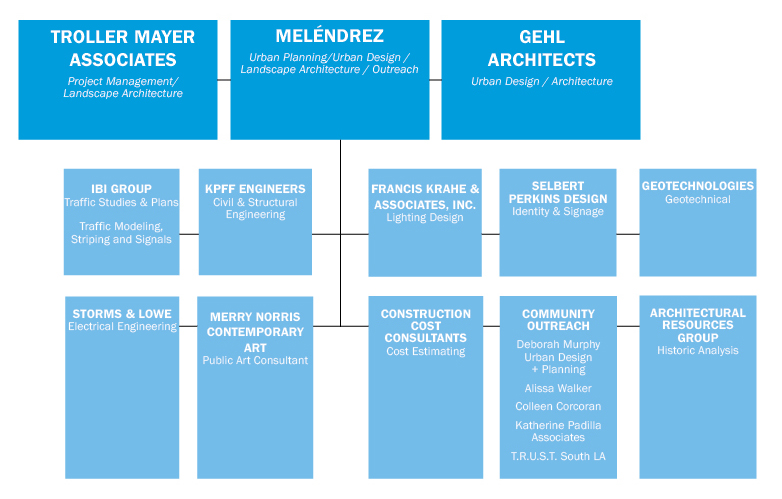