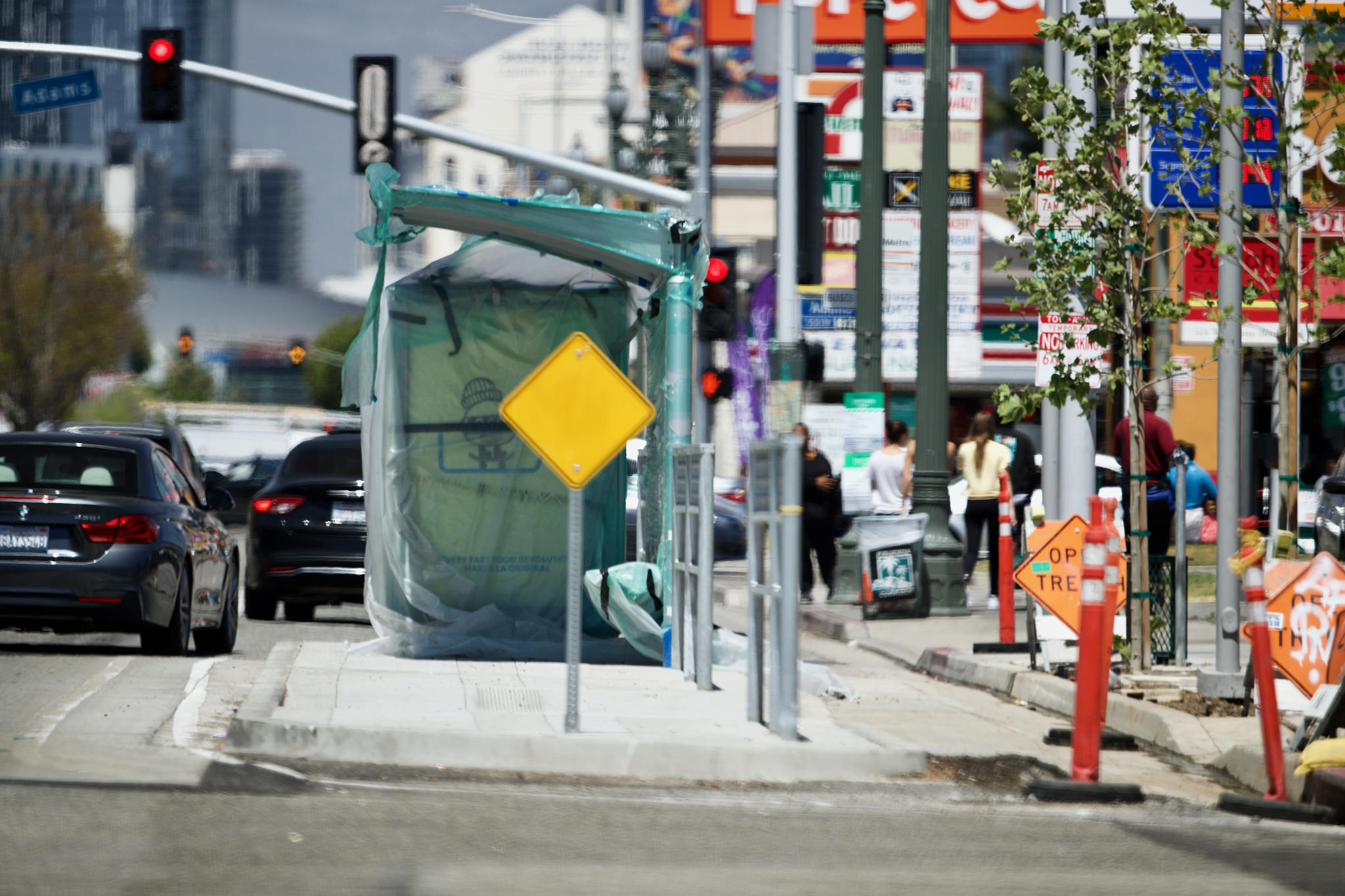 It's Spring and MyFig construction rolls on! April was a flurry of activity, and work in May continues to progress toward our grand opening. From storm water management, sidewalk construction, medians, and plantings—our team is working hard to finish this large project. Here are some of the accomplishments and next steps on work along 11th Street and Figueroa.

Work on 11th St has migrated to the south side, with a new catch basin and storm drain system now complete. A surveying crew is currently working between Broadway and Figueroa preparing for the construction of new sidewalks with pedestrian safety improvements, including curb extensions and intersection bump-outs. Demolition of the existing sidewalks and construction of these improvements will happen over the next few weeks.

Along the sidewalks of Figueroa, new landscaping and trees are currently being planted, and street resurfacing between Exposition Blvd and 30th St has already taken place. Bureau of Street Services will be resurfacing the remaining segments of the MyFig portion of Figueroa incrementally throughout the remainder of the project.