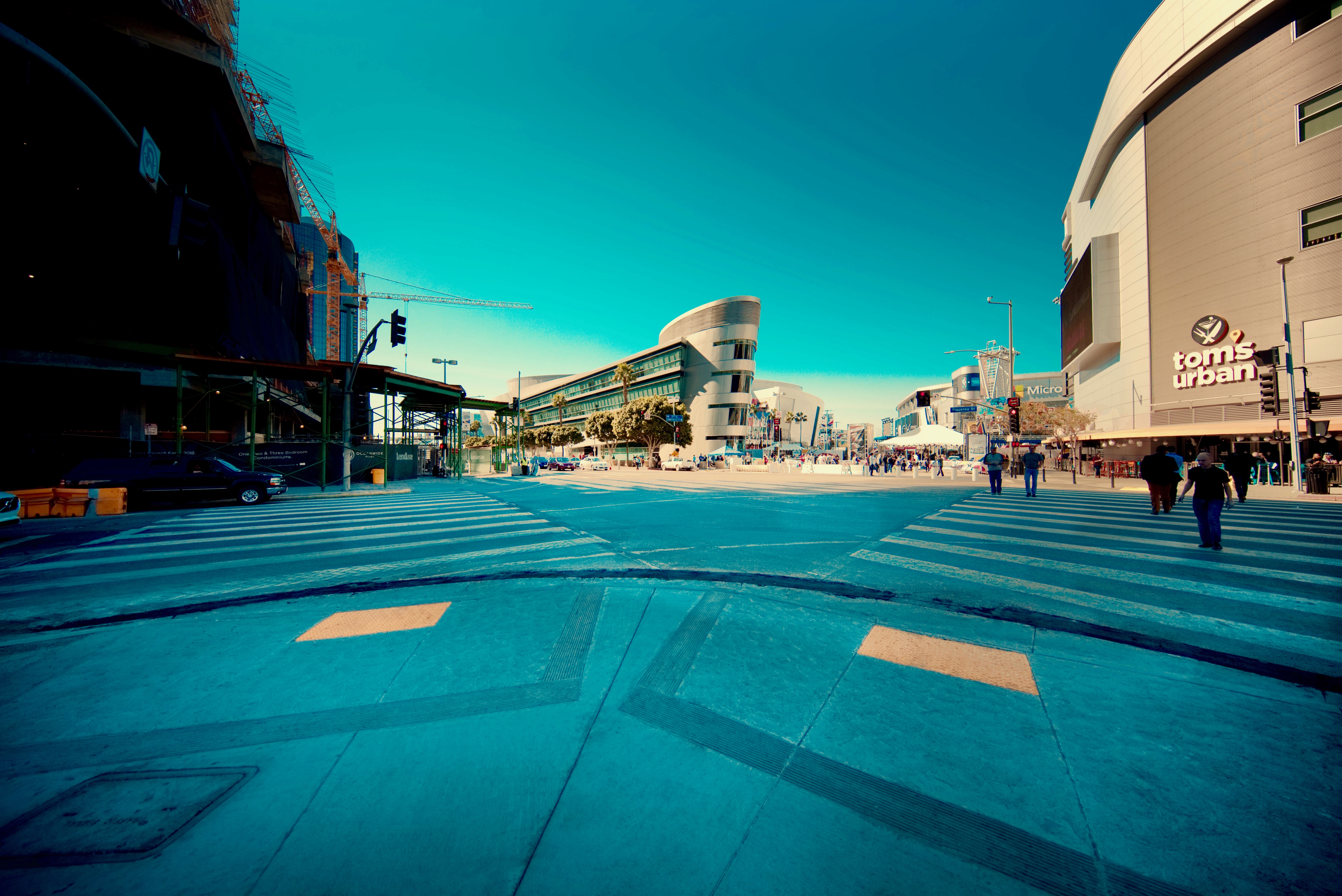 MyFigueroa is springing forward! On Figueroa, a new traffic lane configuration is going into effect this weekend (March 17-18) — between Exposition Blvd and 22nd St. This will allow for two northbound and two southbound lanes, while the median islands on this stretch are under construction.

New traffic control will also go into effect on 11th St this weekend (March 17), as construction shifts to the south side of the street. The finishing touches of landscaping seat walls and final concrete repairs are taking place on the north side of 11th St, and on the south side, curb and sidewalk work, installation of stormwater catch basins, and traffic signal improvements will be starting soon.

Work continues on the Figueroa St bus platforms as well, with bus shelters currently being installed on the on the east side of the street and new railings for the bus platforms on the west side coming soon.

Project completion is in sight at the end of Spring. The final street resurfacing and striping on the southern stretch of Figueroa is currently scheduled for mid-April, which will be followed by plantings and the final touches throughout Spring.