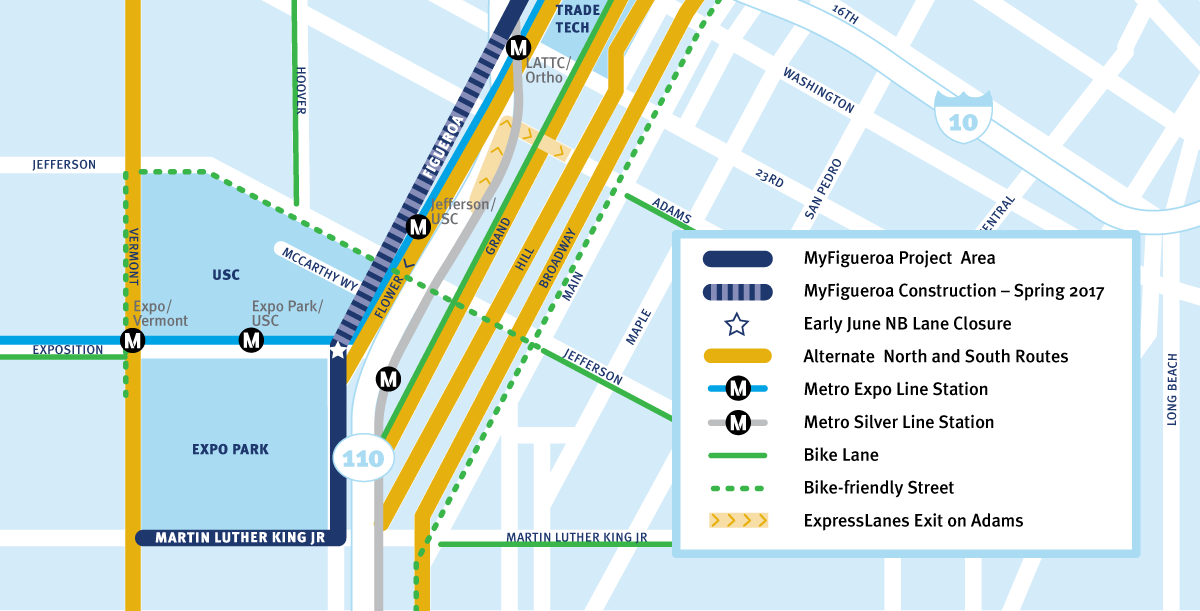 The installation of MyFig bus platforms near USC is underway! As contractors work to install the bus pad at Figueroa and Exposition, north-bound Figueroa will be temporarily limited to one lane of traffic in early June.

From approximately 9:00am on Friday June 2 until 6:00am on Monday June 5, north-bound traffic on Figueroa will be reduced to a single lane at Exposition Blvd.

LADOT is doing everything in its power to minimize the impact of this work, and workers will be using a quicker drying concrete to reduce the time of this closure.